From student leader to solar career: One student's story

The Center for Green Schools staff at USGBC are fortunate to hear of many inspiring stories across the country, and Amory Fischer's is one we wanted to share. Fischer recently began a career in the solar industry after leading his former high school through a long journey to put solar PV on its roof. As we work to empower young people to lead our world toward sustainability, his path shows what's possible when a student is inspired to make a difference at school.

Jobs in Virginia’s solar industry grew by 65 percent last year, mine included. However, my interest in solar began well before I received my first private sector paycheck, when I was a student activist brainstorming around an Albemarle High School cafeteria table.

Albemarle High and five other Albemarle County Public Schools (ACPS) installed a total of 1.1 megawatts in 2016. This was the result of a campaign I launched with community support in spring 2013. Our message was simple—that students supported a solar installation on our school to bring economic savings, educational resources and reduced pollution. To reach our goal, we ran a petition drive, hosted a press conference and made multiple presentations to the school board and board of supervisors.

My favorite moment of the campaign was in late summer 2014, when my sister brought a solar-powered bipedal robot she had made in a summer class and walked it across the desk of the board of supervisors to prove solar power worked. Being addressed by a passionate and well-spoken eighth grader was all the board could talk about for weeks.

And it was enough to move the needle. In fall 2014, Albemarle County Public Schools issued a request for proposals for a solar power purchase agreement. After a unanimous vote by the school board, a contract was awarded in May 2015 to Secure Futures, a solar development company based in Staunton, Virginia. 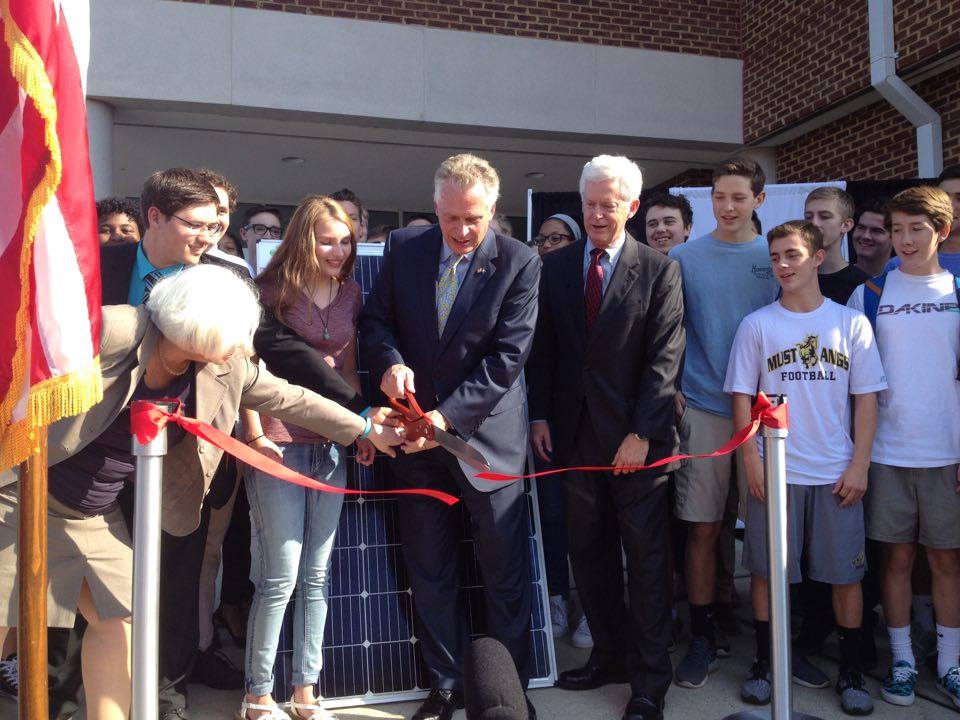 Without fully understanding it at the time, my passion to build a more sustainable economic and environmental future for all, starting with solar at my school, was driving me to learn valuable life skills that would useful in my career: public speaking, working with the press media, persuasive writing and [familiarizing myself] with the public procurement process and the economic details of solar projects.

After Secure Futures won the RFP, they brought me on as an intern to learn the ropes of solar development. When I graduated from Virginia Tech with a degree in environmental policy and planning in 2016, Secure Futures hired me full-time to bring the message of solar benefits across the state.

That fall, I climbed on the roof of my high school to conduct an inspection that would maintain the roof warranty under their new solar array. Three hundred and sixty solar panels sparkled in the morning sun as students practiced on the sports fields and chatted in the breezeway. Somewhere, the light and sound equipment in my sister’s choir class were being run by solar energy. Our project had come full circle. 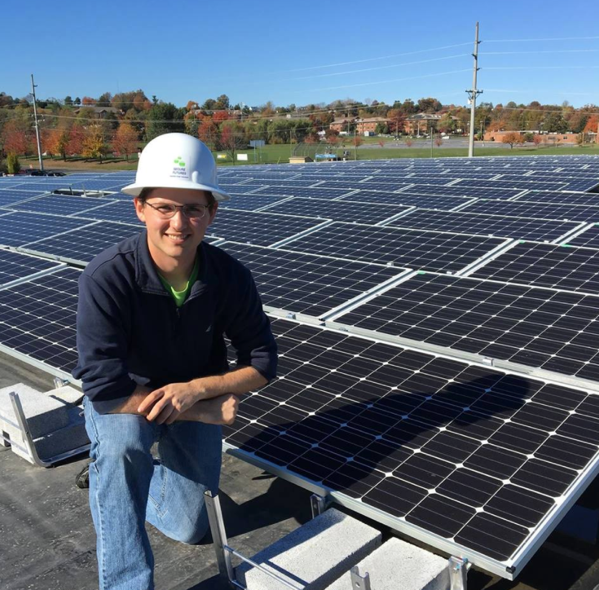 Amory Fischer at a solar array installation in Harrisonburg, Virginia.

In June 2017, I found myself wearing a suit and tie in a school board meeting at a rural school district outside of Richmond, Virginia. I was there to offer technical support to several high school student leaders at the podium, who were giving a pitch about how solar energy could bring economic, educational and environmental benefits to their school.

One student leader, a graduating senior, has just been hired by a local solar company for a summer internship to learn if a career in solar is right for her. One day, I hope she will be able to write an article like this one.