Make a nomination for the Best of Green Schools 2017

2016 saw even more progress for the green schools movement. Schools, districts and states made bold and exciting commitments to advance environmental performance, health and wellness and sustainability and environmental education. We have a lot to celebrate, and if not for the outstanding efforts of thousands of leaders and volunteers across the world, we wouldn’t be where we are today.

Best of Green Schools celebrates the hard work being done to push the green schools movement forward. Last year’s honorees included schools with innovative and integrated curriculum that represents the best that 21st century learning has to offer, policy makers who’ve made environmental sustainability core to their platforms and legacies and organizations that came together on the national level to advance healthy schools for all. 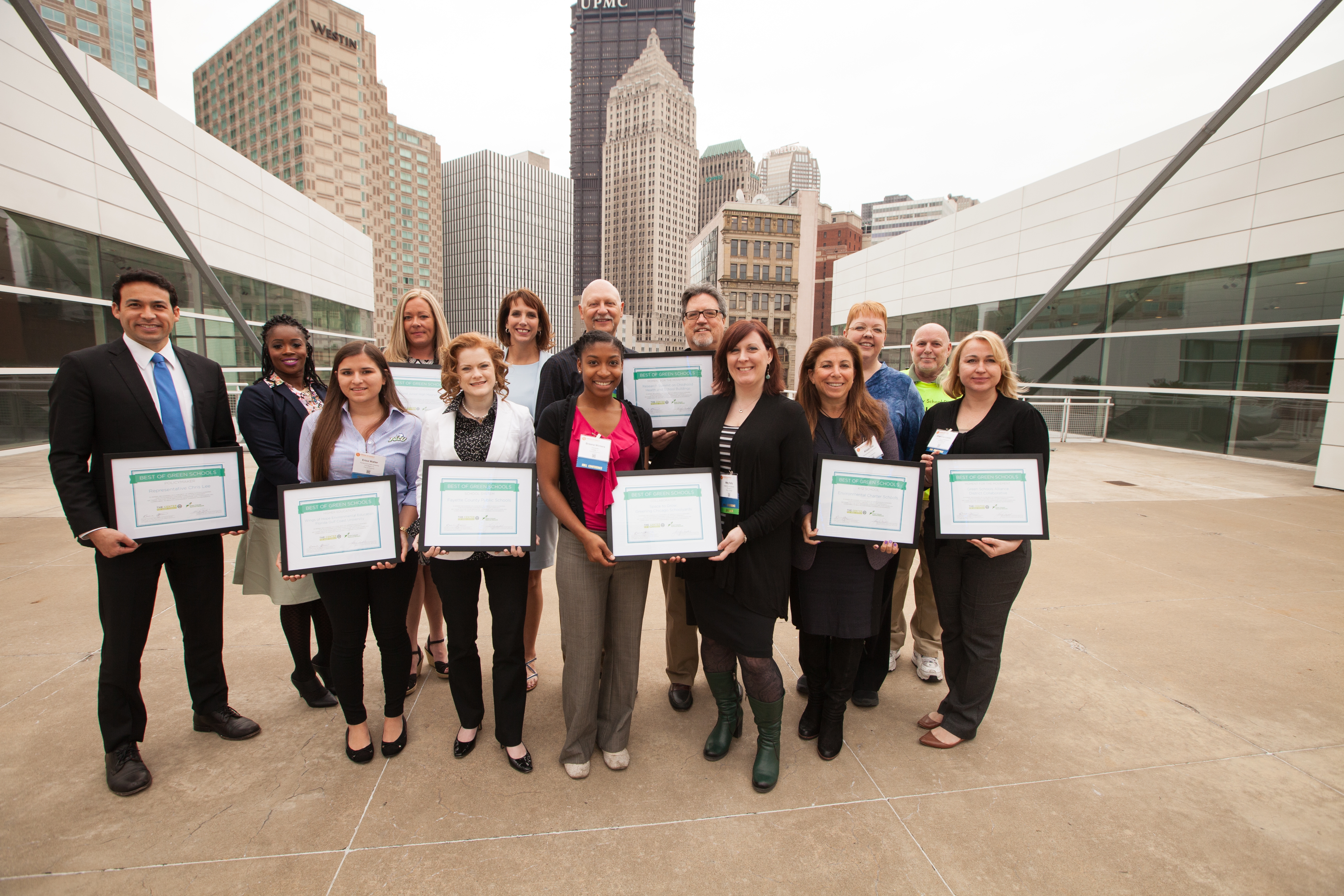 The 2016 Best of Green Schools winners.

If you or someone you know is making significant strides toward creating more sustainable schools, we want to hear from you! You may submit nominations for yourself and others.  The call for nominations closes on Feb. 14, 2017.

Award recipients will be announced at the 2017 Green Schools Conference and Expo, March 21–22 in Atlanta, Georgia. This annual gathering of innovators in the green schools movement is the perfect moment to celebrate the leadership embodied by the awardees. After you submit your nomination, register to attend the conference so you’ll be on hand in Atlanta for the awards. Applicants are not required to be in attendance at the conference to receive an award.

Tell us your story and submit your nomination