For this year’s Climate Leadership Awards, USGBC and Second Nature chose winners who contributed to the environment through extensive sustainability efforts. As the recipient in the 4-Year Institution category, Loyola University Chicago was recognized for its strides promoting sustainable culture, curriculum and campus life.

Where social justice and the environment meet

The university's approach to sustainability comes from Loyola’s founding as a Jesuit institution, where social justice, service and education are upheld as pillars for action.

“This inextricable relationship between environmental degradation and justice is widely taught and understood by the Loyola community,” says Nancy Tuchman, PhD, founding dean of Loyola’s Institute of Environmental Sustainability (IES). “Environmental issues are first and foremost problems of justice.”

Since its founding four years ago, the IES has expanded to more than 330 students, six major degree programs and two minor degrees, but sustainability isn’t just for students in the IES. In 2012, the core curriculum was modified so that all undergraduate students were required to take a course on environmental literacy. This ensures that all students must understand environmental issues and the role of human interactions in the environment. 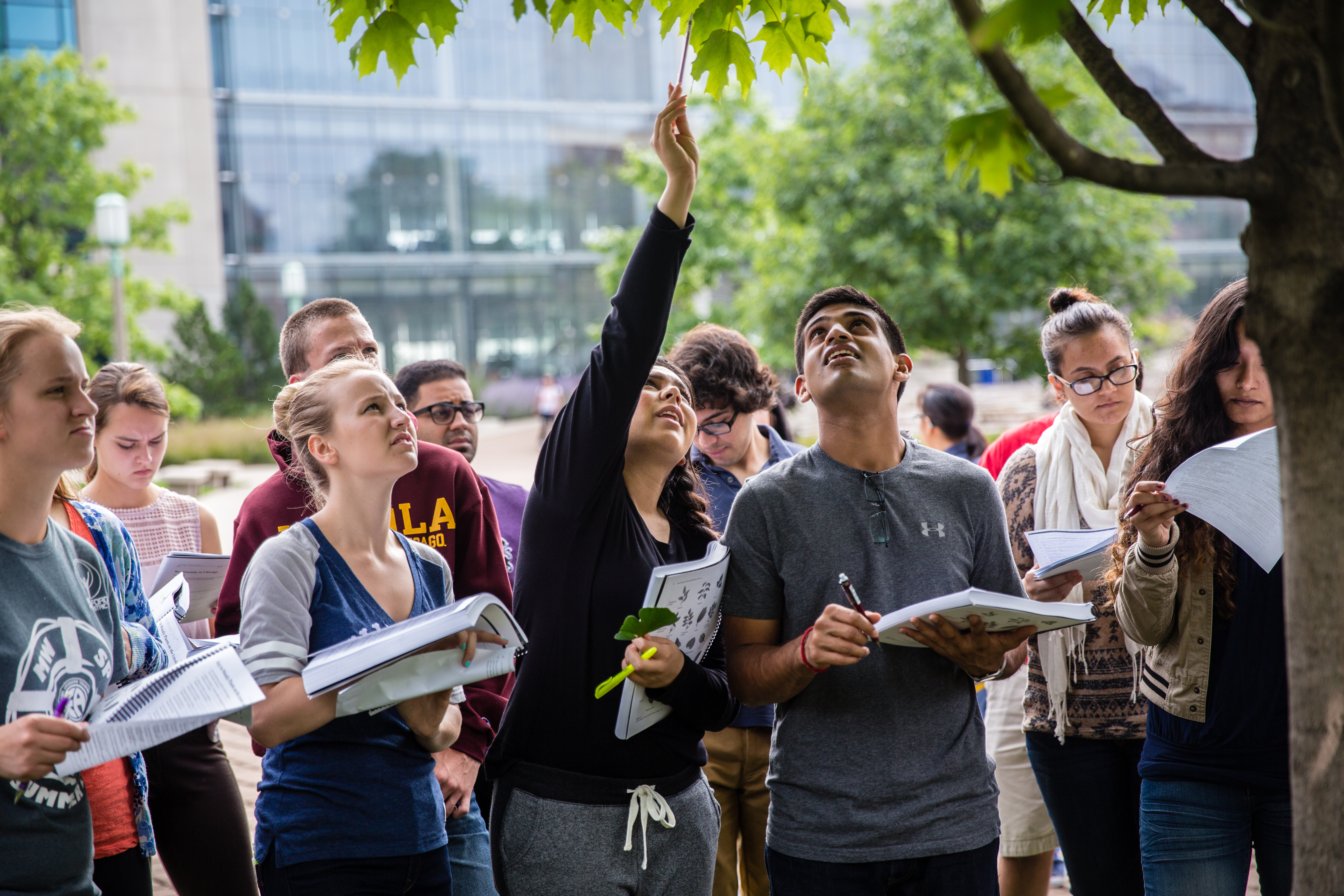 Outside of classroom learning, Loyola has reimagined its campuses with high-performing, LEED-certified buildings and energy efficiency retrofits. These renovations have decreased energy consumption, leading to a 38 percent reduction in greenhouse gas emissions per square foot since 2008 for the lakeside campuses, even as the population of students and staff continues to grow.

According to the Loyola mission, environmental issues and social issues are intertwined. This belief has inspired participation in several university campaigns that affect education, especially access and affordability, and those that affect social justice, such as climate change.

Sustainability strategies in their own words

What do you consider to be the best example of campus sustainability on your campus?

Tuchman: In terms of infrastructure, Loyola University Chicago has made enormous investments to be more energy-efficient in our buildings and to conserve water. Our campus collects our stormwater in underground cisterns for reuse and slow release to Lake Michigan. Our recycling and composting rates have increased to nearly 50 percent. These infrastructure investments have facilitated a cultural shift in our students, faculty and staff toward more sustainable behavior and mindful consumption and disposal of waste/recycling.

What would you say to a peer who considers sustainability a “nice-to-have,” but not something that they can seriously implement on campus?

Durnbaugh: Our efforts save millions each year on utility costs alone and engage our student and employee community in our mission. We can also see opportunities for creating integration across academic silos, making connections between operations and academics and new opportunities for student leadership.

Can you elaborate on the university’s approach to programs that meet its commitments to social justice and climate initiatives?

Tuchman: Environmental issues are first and foremost problems of justice. Whenever and wherever water, soil and air are contaminated, or climate change drives drought, intense storm events or flooding, it is the people at the margins who are displaced. This inextricable relationship between environmental degradation and justice is widely taught and understood by the Loyola community.

Learn more about how USGBC can support sustainability in higher education